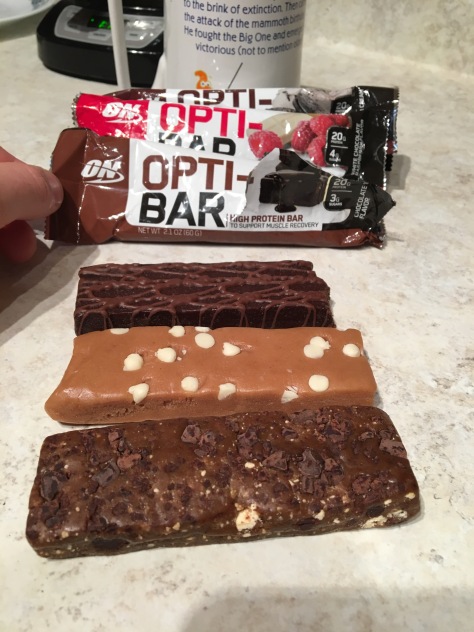 @optimumnutrition bar reviews
Doing these 3 all at once so I can get them out of the way.

Brownie – chocolate bar with a chocolate drizzle. Slight brownie flavor, sticky, chewy, not overly chocolate or any flavor really. Reminds me of a faint tootsie roll.
5/10 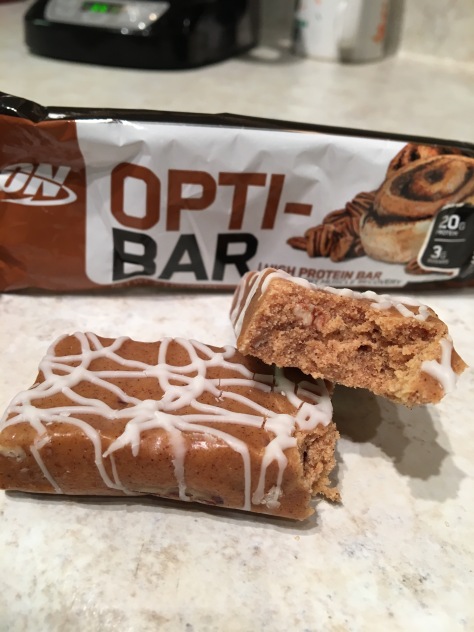 Visually very similar to a @fitjoynutrition without the nuts or the under coating. Decent cinnamon aroma, but no visible pecans. Maybe spot a few flakes if I look reallllllyyyy hard inside the bar. This was better than the CCCD but really not much flavor at all. You get a bit of spices right away but quick after that all flavor is gone. Grainy, bad mouth feel, bad after taste, just overall no go period. @combatcrunch or @fitjoynutrition would be better options for a cinnamon bar.
5/10 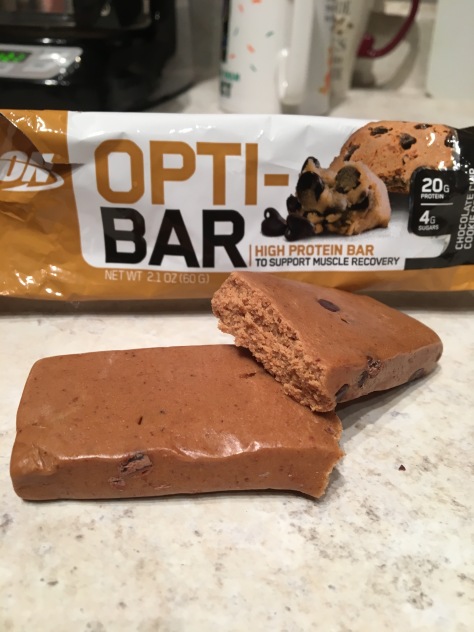 @optimumnutrition CCCD review
230 cal / 7g / 23c / 20p
First off it’s a very dull unattractive bar. Only a few noticeable chocolate chips. Reminds me of some of the early ISO-1 bars. Average bar at 65g and macros comparable to CC or quest. To much of a powdered protein taste here. Smooth texture, slightly taffy like. Not much flavor going on here and not enough chocolate chips to support it. Also very sticky. Very very average bar unfortunately. I feel CCCD is a missed flavor most of the time.
4/10

Here’s a few links I think you might enjoy! 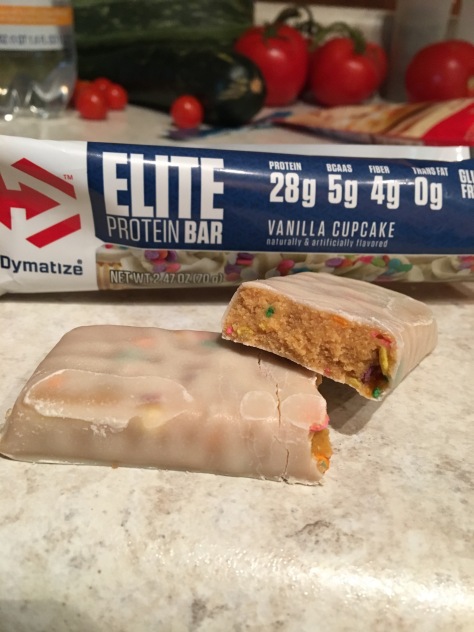 270 cal / 7f / 24p / 28p
White coating and visible spranks on the inside. Slightly taffy like texture and takes a bit to chew. Overall not a bunch of flavor honestly. Tastes kind of like one of those frosted vanilla cookies that Walmart always sells out front that’s a few days old. The more you chew the flavor dissipates very fast and not the best after taste left in your mouth. Big hit of protein, and reasonable fat and carbs but overall not the best due to overall flavor.
6/10 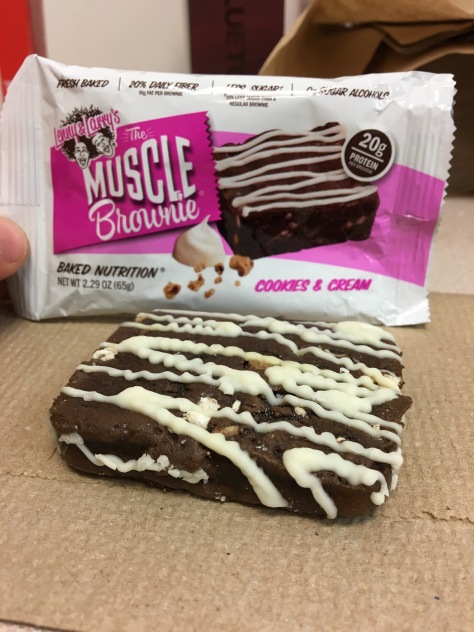 Visually the most appealing of the muscle brownies. Brownie brownie wth a white drizzle and looks like cookie pieces as well. Faint Oreo like aroma. Texture is very similar to the other brownies. Chewy. Idk if it’s just me but it almost has a cherry flavor to it. Cookies pieces did help give it a bit of crunch but flavor was lacking. You get a big rush of sweetness then everything fades away and your left with a bland aftertaste. Felt like the chocolate could do with a bit of work as well. Would rate this a bit higher than the PB brownie though. Also seemed rather salty, this just me?
5.5/10 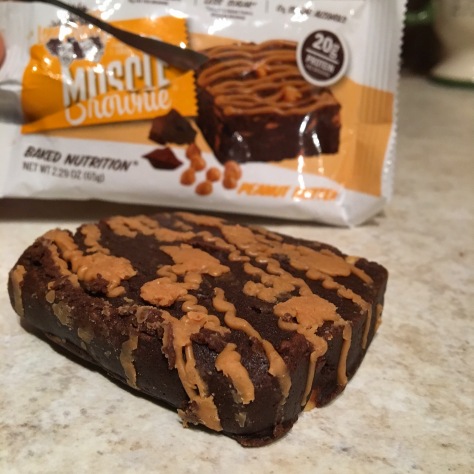 250cal / 10f / 25c / 20p
Dense 65g brownie wth a PB drizzle on the top. Slight PB aroma but nothing strong. Very very dense when you bite into it. Very bland and honestly no real flavor at all. You really don’t get any peanut butter and really no chocolate taste either. Warming it up made it slightly better but doesn’t save it. 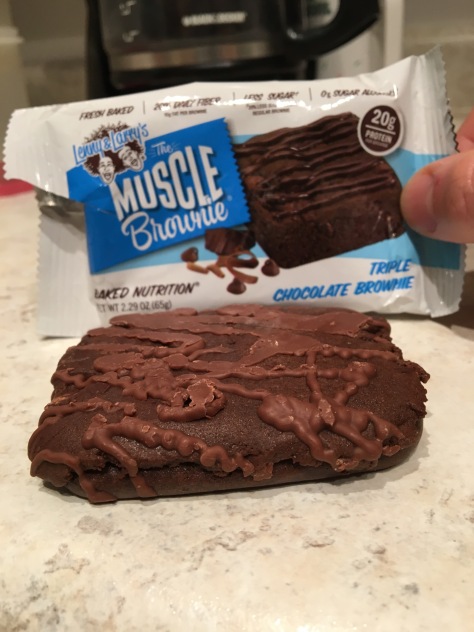 65g brownie so about the same weight as a standard protein bar. Brownie base with a chocolate drizzle over the top. Real good chocolate aroma, very dense, very chewy, and gave a similar feel to a brownie. Unfortunately I felt it was way to under sweet, and it had a weird after taste to accompany the flavor. Throwing it in the microwave did help enhance the flavor slightly but still wasn’t enough. I believe these come in at just under 2$ which price for macros is a decent deal but still missing out on the flavor. For the taste, macros are to high.
6/10 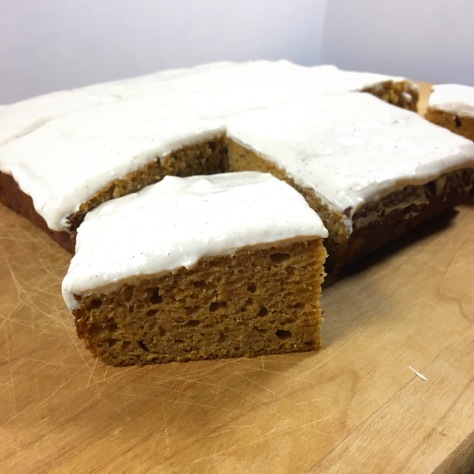 Fall. I have a love and hate relationship with it. I hate it cause it tells you that winter is coming, and winter in Wisconsin is brutal. I love it cause bugs go away, temps are warm in the day, yet cool off at night, and most importantly PUMPKIN EVERYTHING comes back around. I originally planned to make this a snickerdoodle theme but pumpkin just kept calling! Moist, light and fluffy, served great warm or cold! Enjoy! 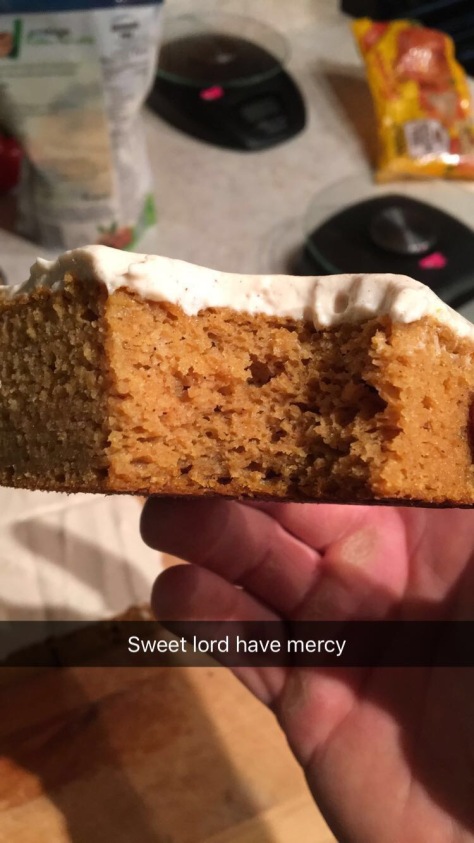 Here’s some things you may need!

Square Organics - Free shipping and box of bars for $23.99
the_flexible_baker

Epic Spreads - 10% off any order
Dusty

There was an error retrieving images from Instagram. An attempt will be remade in a few minutes.

Fitting as much into as little as possible